The Minister responsible for Women in the Presidency, honourable Minister Susan Shabangu wrote a letter to the chairperson of the National Church Leaders’ Consultation (NCLC) the Archbishop Dr Thabo Makgoba, first to request for a partnership with the NCLC during the 16 Days of Activism for No Violence Against Women and Children which is scheduled between 25 November – 10 December 2014. And secondly, another letter to Archbishop Thabo Makgoba requesting him to grace the National Debate on 16 Days of Activism for No Violence Against Women and Children by his presence on Friday, 21 November 2014, at National Assembly Chamber, Parliament of RSA. Due to his unavailability for this day, His Grace Thabo Makgoba requested Dr Renier Koegelenberg and Rev Sipho Mahokoto who work with him as liaison persons in the office of the NCLC to represent him at this significant debate at parliament.

The national debate on 16 Days of Activism

The theme for 16 Days Activism for 2014 is “Count Me In: Together moving a non-violent South Africa forward”. In her speech Minister of Women in the Presidency, Susan Shabangu made it clear that violence against women and children did not disappear with the introduction of the Constitution with its Bill of Rights. She added that in this context women and children suffer violence and abuse in various forms such as: physical, sexual, emotional, psychological, and even economically.

Given these forms of violence and abuse against women and children in South Africa, the Minister mentioned that government has created various platforms to address violence against women and children. Since 1998, South Africa has adopted the 16 Days of Activism for No Violence against Women and Children (which is an annual event between 25 November and 10 December each year) as one of the interventions strategies towards creating a non-violent South African society.

In her own words Minister Shabangu said: “One of the achievements of the Campaign over the years has been the bringing together of all sectors of the society, including civil society organisations to speak in one voice against this scourge ‘many voices one message’, which then spoke to fighting this scourge of violence for 365 days.”

During the debate in parliament, most Members of Parliament including some opposition parties affirmed that this campaign should not be limited to only 16 Days a year, but it must be an everyday campaign where violence and abuse against women and children is discouraged in every corner of South African society. Minister Shabangu further mentioned that despite the high level of awareness of the 16 Days Campaign, the pandemic remains a cause for concern in society. Domestic violence continues to be a deadly crime, a social menace, and a costly public health and economic problem.

In her concluding remarks, the Minister mentioned that her department is planning to host national and provincial dialogues in order to understand the causes and impact of the continued triple challenge of poverty, unemployment and inequalities, including violence against women and children.

During this debate on 16 Days Campaign, the Democratic Alliance member Denise Robertson argued for the respect of South African citizens. She stated that the high statistics of women who are raped and abused and children whose rights are being violated indicates that they are not treated with dignity.

The debate reached its highest note when the National Freedom Party member Sibusiso Mncwabe said his party sought a referendum on reinstating the death penalty. “The NFP calls for a referendum on the death penalty so that our citizens can give clear guidance to the government on the governance they would like to see….in a South Africa where our children can play carefree in the streets without getting killed”, Mr Mncwabe said.

Other parties such as Inkatha Freedom Party (IFP) and COPE also raised concerns about government’s commitment in fighting gender-based violence. For instance Ms Deidre Carter of COPE strongly maintained that the law must take its course against government officials who fail to perform their duties.  And Ms. Liezel Van Der Merwe of the IFP said, victims of violence and abuse have nowhere to run, as NGO’s dealing with these matters are struggling financially. However, towards the conclusion other Members of Parliament debated that there is a lot of work to be done by this department for Women in the Presidency in South African society, yet this Ministry’s budget is not enough to cover all the work. A proposal was made that the Treasury must increase the budget for the Ministry for Women in the Presidency. 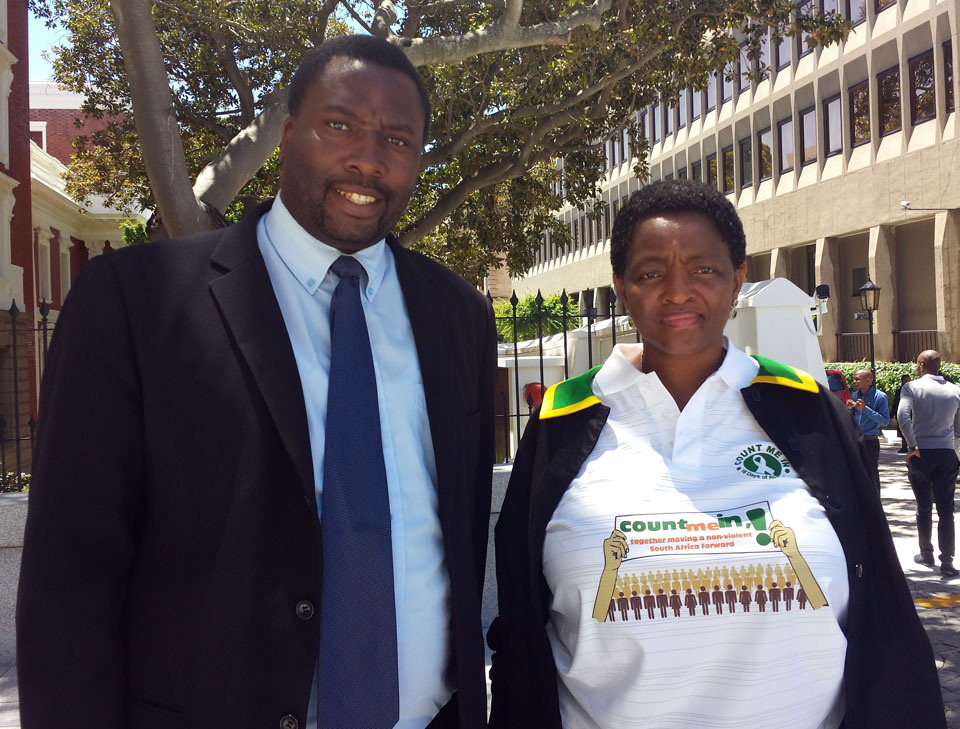